Recent honors to and awards for University of Washington faculty and staff members include a documentary film appearance, a distinguished educator award and an honor for historic preservation planning.

Glennys Young, professor of history and of international studies and chair of the Department of History, was featured in a Spanish television documentary, “Project Niños: Cold War in Sunny Spain,” which aired in October. The film is about years-long CIA interrogations of Spanish citizens during the Cold War who were sent as children to the Soviet Union in 1937 to escape the Spanish Civil War, then later returned to their homeland in the 1950s. Young, a specialist in Russian and Soviet history, was interviewed in June of 2019 while in Spain for book research. Watch a trailer for the film. Read more on the department website.

Ann Bostrom, professor in the Evans School of Public Policy & Governance, has received the 2020 Distinguished Educator Award from the Society for Risk Analysis. The award is given each year to “that teacher, author or mentor who has contributed substantially to the training of new experts in risk analysis.” The Evans School’s Allison Cullen received the award in 2014.

Bostrom, the Weyerhaeuser Endowed Professor in Environmental Policy, also has recently been named to two national committees. She will serve a three-year term on an advisory committee with the federal National Earthquake Hazards Reduction Program. And she has been named to the National Academies of Science, Engineering and Medicine’s Committee on Assessment of Strategies for Managing Cancer Risks Associated with Radiation Exposure During Crewed Space Missions.

“Driven by the building’s centennial in 2018 along with the inspiring story chronicled in ‘The Boys in the Boat,’ a group of UW alums, former rowing team members, the student union, plus friends and family, came together 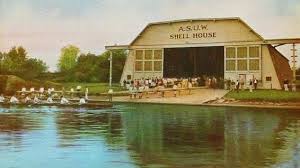 with a vision to restore and open up the building for public education and enjoyment,” the award states. “Nicole was the perfect person to lead this ambitious fundraising effort. Her passion for the preservation of…

Testing dips over holiday week; gathering ban back in place

Sports Medicine Advancements at the Bone and Joint Institute of Tennessee

US coronavirus: Contact tracing is no longer possible across…

US coronavirus: Leaders in several states warn residents to…

A vaccine will come at some point. The skepticism has…