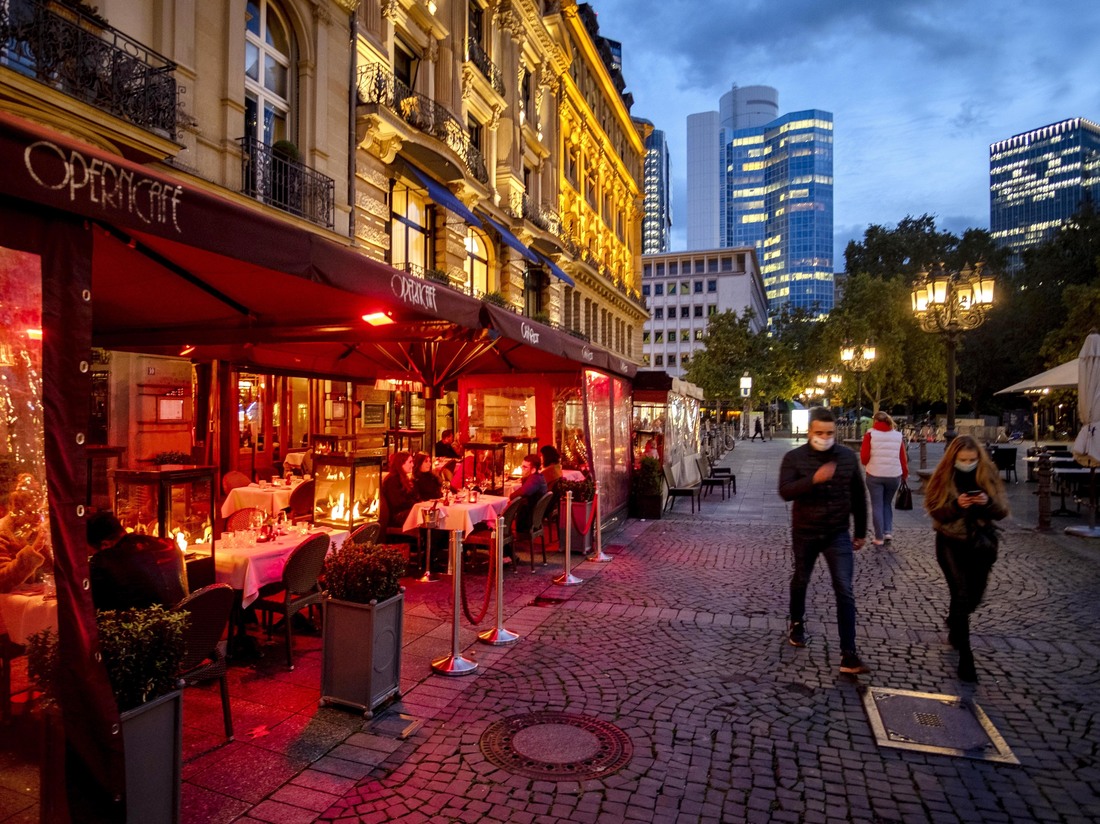 People wearing face masks walk past an outdoor restaurant Wednesday in Frankfurt, Germany. To slow the spread of the coronavirus, restaurants will be closed from next Monday. 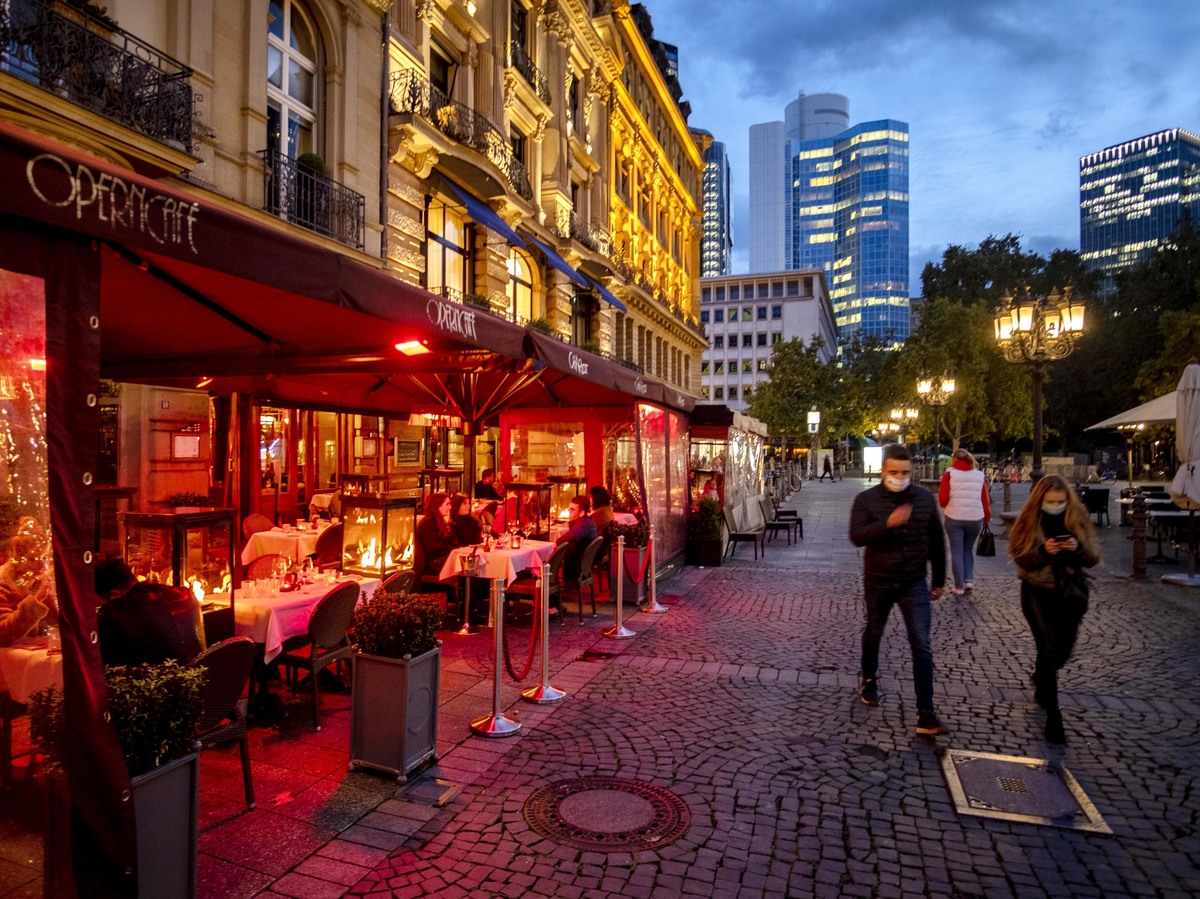 People wearing face masks walk past an outdoor restaurant Wednesday in Frankfurt, Germany. To slow the spread of the coronavirus, restaurants will be closed from next Monday.

German Chancellor Angela Merkel has announced a limited lockdown in a bid to stop the exponential growth in coronavirus cases, currently doubling every seven days.

“We only need infection numbers to double another four times and the health system is finished,” she warned Wednesday.

The lockdown will come into effect on Monday and is set to last until the end of November. Merkel is adamant that schools and day care facilities should remain open as long as possible, a clear signal that education comes before entertainment. She also announced that businesses forced to close will receive subsidies from the government that will partially cover their losses.

Despite the offer of financial aid, the lockdown will hit the economy hard. Germany’s restaurant industry protested earlier restrictions that were put in place in October. Yet with the infection rate particularly high among 20 to 40 year-olds, epidemiologists are worried about the infection spreading to Germany’s sizeable elderly population.

That’s why politicians have been telling partygoers to stay home, and to avoid bars, clubs and restaurants.

This has not gone down well in Berlin, where nightlife has long been synonymous with hedonism and liberty – from the coke-fueled cabarets of the 1920s to the massive techno parties in abandoned buildings of the early ’90s. Bars and clubs are open round the clock and “nights out” can easily last 48 hours.

But with Berlin an official coronavirus hot spot, its mayor says “now is not the time to party” and introduced closing hours last month for the first time in more than 70 years. Now, with less than a week before bars will be forced to shutdown completely, drinkers are making the most of the freedom this city usually provides.

One of them is Nora Graf, who sits with a friend outside a well-known establishment in the Kreuzberg area,…

Crash in German city of Trier leaves five dead, including a 9-month-old

Only the US has more coronavirus cases than India. But…

Study Raises Concerns for Pregnant Women With the…